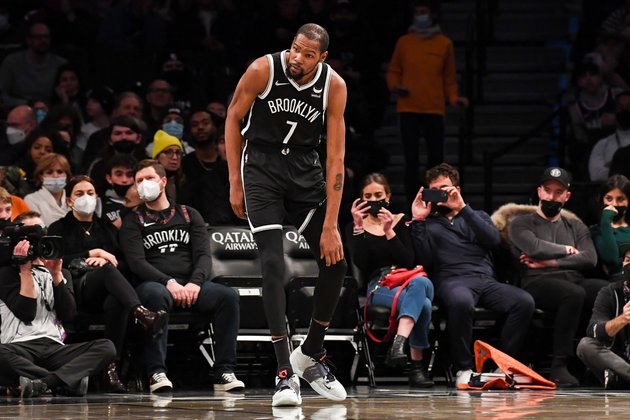 ESPN reported that Durant will undergo an MRI on Sunday to determine the extent of the injury.

Durant was injured with 5:44 remaining in the second quarter shortly after returning to the game.

New Orleans rookie Herbert Jones was driving through the paint and defended by Bruce Brown. As Brown backpedaled, he backed into Durant's left knee.

Durant immediately winced but stayed in the game as Brandon Ingram missed a 3-pointer and Brown grabbed the rebound. With 5:38 remaining, Durant signaled for a timeout and immediately headed back to the locker room.

Before exiting, Durant scored 12 points in the first quarter to help the Nets open a 32-22 lead.

Durant entered Saturday leading the NBA in scoring at 29.7 points per game, his highest since averaging 32 points for the Oklahoma City Thunder in 2013-14. He also entered the game second in the league behind Toronto's Fred VanVleet in minutes per contest at 37.2.